God Is Merciful: Why Hell? 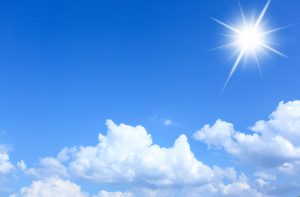 The believer knows there are rewards and punishments and the ways which one may achieve either one.

The majority of the adherents of the Abrahamic religions, namely, Jews, Christians and Muslims believe in the concept of the Day of Judgment as well as Heaven and Hell.

Unlike the believers in re-incarnation, in which the dead are believed to be reborn into a better or worse life according to his/her deeds in the last life, the adherents to the Abrahamic religions believe that there are only two lives. The first, being from the mother’s womb, and the second, when a person is resurrected on the Day of Judgment to account for his deeds.

So, in general, people believe in the concept of reward and punishment in various religions, but not in the same linear form.

In Islam, similar to Judaism and Christianity, God is looked upon as a just God. He is hasty to reward and slow to punishment. But one may ask why would He punish if He is a loving God?

It all boils down to whether we believe in God or not. If we believe in Him and His supreme justice, then it would make sense that He would guide us to the straight path. This is only possible through revelations sent down to His Prophets, which they relayed to their people.

In all preserved scriptures, one sees evidence of the loving kindness of the Creator. This is manifested in numerous verses through which He shows guidance to mankind, so humans would not err.

So, for the believer, fear of God is part of strengthening his/her faith. One knows that in believing in God, he must have love, fear and hope in Him.

Love and hope are two lengthy subjects. So, since the issue of Hell and the justice of the Creator are being discussed here, we concentrate on the attitude of a believer toward fear of God, which will ultimately save him from Hell.

The Believer’s Fear and Hope

The believer knows there are rewards and punishments and the ways which one may achieve either one. So, he distances himself from God’s punishment and draws himself toward His pleasure and mercy and thus he attains greater spiritual fulfillment. He would want to respect God’s boundaries, stays constantly vigilant and tries to seek God’s pleasure in the best manner he can. He knows this will save him from the fear of the Last Day and the eternal terror of Hell.

“Those who give away their wealth by night and day, secretly and openly, will have their reward with their Lord. They will feel no fear and will know no sorrow.” (Al-Baqarah 2: 274)

As described in the Qur’an, a believer who has an awareness of God and sincerely reflects on His attributes will immediately begin to experience that inner awe that is due to His Majesty and superiority. Thus, His infinite power will create within the believer a fear full of absolute awe. As a result of the believer’s vigilance and sincerity, God will reward him by His infinite mercy with tranquility in this world, and in the Hereafter with Paradise.

“For those who fear the Station of their Lord there are two Gardens.” (Ar-Rahman55:46)

Yet, one may ask how would I know what pleases or displeases God? The answer is clear. One must gain knowledge of His Creator by understanding His words through the Qur’an.

“… Only those of His servants with knowledge have fear of Allah. Allah is Almighty, Ever-Forgiving.” (Fatir 35: 28)

Such believers would understand that the justice of God is unmatched. Thus they believe in all that He has warned them with:

Such is the justice of God and the believer relies on no one but God in fear and hope.

About this issue, Prophet Muhammad (peace be upon him) said:

“When the heart of a believer is filled with these two feelings of hope and fear, Almighty Allah fulfills his hope and saves him from what he fears.” (Ibn Majah)

What about those who reject the Day of Judgment, when they meet their Lord and witness the Heaven and Hell?

“The real losers are those who lose themselves and their families on the Day of Rising.” Is not that clear loss? They will have awnings of Fire above them and awnings below them. By that Allah strikes fear into His servants: “O My servants, fear Me!” (Az-Zumar 39: 15)

Raya Shokatfard holds an MA in Journalism/Mass Communications and an M.A.D. in TV journalism. BA in Communication and BA in Islamic Studies. She has been Islamic propagator in the U.S and Egypt for many years and academic lecturer, writer, international presenter, consultant, foreign correspondent. She can be reached at: raya4peace@gmail.com