AIDS From An Islamic Perspective 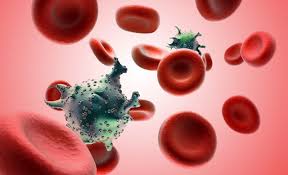 The door of forgiveness and mercy is open to anyone and no one has the right to close it.

AIDS From An Islamic Perspective

Her sweet smile was caught in the snare of this deadly disease while she departed peacefully from this earth. A victim of sexual abuse in her childhood, Aaminah(1) was emotionally and physically scarred by this experience, roaming the streets as a lost child.

She never reached the mental maturity of an adult and underwent treatment at various mental health facilities throughout her life. Her elderly parents struggled to take care of her and she regularly left their home, wandering the streets at night. There, her vulnerability was heartlessly exploited and she was forced into prostitution. Aaminah died of HIV/AIDS.

In 2005 alone, it is estimated that more than three million people died of AIDS-related illnesses, approximately 500,000 of these were children.

According to the UNAIDS/WHO report on HIV/AIDS, an additional five million people were infected with HIV in 2005, placing the number of people living with HIV at an estimated 40.3 million. Dr. Peter Piot, UNAIDS Executive Director, said that “the AIDS epidemic continues to outstrip global and national efforts to contain it.”(2)
HIV/AIDS in the Muslim world

According to internationally renowned Muslim scholar, Dr. Abdullah Hakim Quick, Muslims need to realize that HIV/AIDS is not a non-Muslim disease and it is increasingly impacting on the Muslim community.

Many Muslims view the AIDS epidemic through the “prism of sin”, and as the consequence of sinful behavior, such as drug use or promiscuity. Yet 500,000 children alone have died of AIDS-related illnesses in 2005, indicating that HIV/AIDS is impacting upon the lives of the innocent.

In Toronto, a women’s group that provides counseling services noted the increase in HIV infection among married Muslim women who were in long-term relationships. Some of these women, shocked at their HIV positive status, were threatened with divorce by their errant husbands. Others were filled with dread and shame, their main concern being whether they would still be given the burial rites of a Muslim. According to one community worker, the “Muslim community is coming out of their state of denial” and facing the growing epidemic.

Awareness of the HIV/AIDS epidemic is growing among the Muslim community and efforts are being initiated to prevent its spread. According to Eberstadt and Kelly(3), “Muslim societies need to respond to the still-gathering HIV/AIDS epidemic and harness their religious piety to deal with this urgent social need.”
Islam on HIV/AIDS

Islam stipulates “a system of life which is based on all good and is free from all evil”, safeguarding the individual, the family, and the society from social and moral ills. Muslims are required to not only practice virtue in their individual lives, but to enjoin others towards righteous conduct.

“Let there arise out of you a group of people inviting to all that is good, enjoining the good and forbidding the evil. And it is they who are successful.” (Al `Imran 3:104)

It is therefore impossible for a Muslim to discuss AIDS outside the framework of moral and ethical behavior. With no doubt, Islam promotes caring for those affected by HIV/AIDS and supports efforts aimed at finding a cure. Yet, behavior which might contribute to the spread of HIV/AIDS, such as promiscuity and drug use, is strongly condemned.

Islam does not only prohibit unlawful actions, such as premarital sex, homosexuality and drug use, but also forbids activities which will lead one towards these actions.
The Muslim Awareness Programme

The Muslim Awareness Programme (MAP), based in South Africa is a faith-based organization that promotes HIV/AIDS prevention strategies based on the moral teachings of Islam.

These activities include the promotion of abstinence from all sexual activity outside marriage; refraining from drug use, and instilling faithfulness within marriage. South Africa has one of the highest HIV-infection and drug-use rates in the world, creating a breeding ground for the spread of HIV/AIDS.

In stark contrast to the prevention strategies of the South African government, primarily centered on the distribution of condoms and the promotion of ‘Safe Sex’, MAP has adopted the motto, ‘Save Sex’.

Taking their message to people of all faiths, the organization has adopted several strategies to combat HIV/AIDS that includes education, training and counseling for those affected by, and infected with HIV/AIDS.

Rashieda Ariefdien, coordinator of the outreach activities of this organization says Muslims must realize the extent of this epidemic, concentrate their efforts on preventing its spread and discharge their responsibility to care for those affected by HIV/AIDS.
Strategies to Combat HIV/AIDS 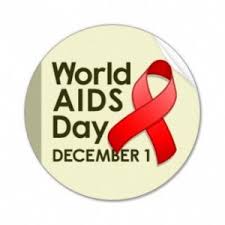 Islam’s greatest contribution to the HIV/AIDS epidemic is prevention. The Islamic position on morality, chastity and the sanctity of marriage, needs to be shared with the world.

HIV/AIDS awareness programs and sex education are increasingly being introduced in public schools, exposing young people to preventative strategies aimed at safe sex. Muslims need to provide sex education and AIDS awareness programs from the perspective of the Qur’an and Sunnah to ensure that youth receive this message within the framework of Islamic morals and values.

Two recent studies conducted on HIV/AIDS in Muslims countries both concluded that awareness programs must be located within the social and religious center of each Muslim community-the mosque.

Muslim community leaders, religious scholars and teachers are vital educators in combating the spread of HIV/AIDS. Muslims need to understand the teachings of Islam, impart it to their families and children, and share it with their wider community.

Families must encourage and facilitate marriage, closing all doors that may lead to unlawful sex and pre-marital relationships. It is also necessary that prospective couples undergo HIV/AIDS testing before marriage. HIV/AIDS is a harsh reality and prevention is certainly better because no cure has yet been found!
Mercy For All

Processes of counseling must be tawbah-based (seeking forgiveness) according to Dr. Abdullah Hakim Quick. In this way, the person is assisted to recognize the sin (if one has been committed), abstain from it, seek forgiveness, and protect him or herself from ever returning to it. The door of forgiveness and mercy is open to anyone and no one has the right to close it.

Within the sphere of caring for AIDS patients, Muslims must deal with those who are ill with the correct etiquette. While there are physical parameters that need to be observed when dealing with those affected by the disease, HIV-positive people should not be treated as lepers. When caring for patients who are in the final stages of the disease, one should exhort them (as one would all those who are dying) to renew their faith and increase their hope in the Mercy of Allah.

“Say: O my slaves who have transgressed against themselves! Despair not of the Mercy of Allah: verily, Allah forgives all sins. Truly, He is Oft-Forgiving, Most-Merciful.” (Az-Zumar 39:53)

Efforts are already being made to implement many of these strategies in the Muslim world. From Bangladesh to Senegal, religious leaders are raising awareness about HIV/AIDS from the pulpits and tackling the subject of sex education in Muslim schools.

Organizations providing counseling services are being established and governments are waking up to the alarm bells surrounding the epidemic.

There are thus several ways in which Muslims can contribute towards the fight against the HIV/AIDS epidemic. Amir Al-Islam, writing on HIV/AIDS in the African American community, proposed that Muslims should:

– Deal with the person with AIDS as a fellow human being who is ill and treat them with kindness and mercy;

– Reflect on the essence of Islam that commands us to help those who are less fortunate;

– Support and lobby for an increase in funds for HIV/AIDS research;

– Provide education for the Muslim community; and

– Devise strategies to care for members of their congregation that are infected, but may be too embarrassed to come forward.

Muslims have assumed, for a long time, that HIV/AIDS is an issue that could not affect them. The reality of HIV infection is beginning to surface in the Muslim world.

In combating the spread of the disease, UNAIDS recommends a shift “from small projects with short-term horizons to long-term, comprehensive strategies”. Islam offers just this.

According to Abul A`la Maududi (4) (an Islamic Revivalist), “Islam signifies the entire scheme of life and not any isolated part or parts thereof”. Muslims must therefore advocate and practice the entire system of life which includes rejecting high-risk behavior and its root causes; having mercy and compassion with those who are ill; and actively supporting efforts aimed at treating the disease.
References

–        Al-Islam, Amir, 2001. The AIDS crisis in America and the response of the religious community: The challenge and the charge. An African Muslim perspective.

(1) The name of the sister has been withheld to protect her privacy.

Najma Mohamed is a freelance environmental researcher and writer residing in Cape Town, South Africa. She completed her M.Sc. in Environmental and Geographical Science at the University of Cape Town and has been involved in both print and broadcast media. She can be reached at najma_mohamed@hotmail.com